This month saw the 2nd of our Zoom wine tastings. We tasted 4 wines. Wolf Blass Yellow Label Chardonnay and Cabinet Sauvignon. Trivento Reserve Malbec and Trivento Malbec Rose. All the wines were very well received and the Cabernet in particular was excellent. Thank you to Peter and Anna for an enjoyable evening. It was interesting to compare our tasting thoughts with the Vinio surveys that Peter found on line. 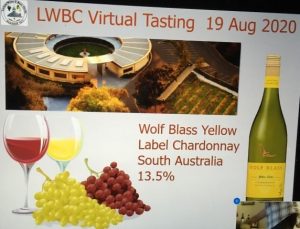 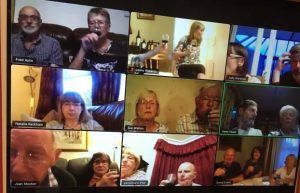 Peter and Anna have agreed to host another Zoom wine tasting. This will be on our club night Wednesday 16th September. If you are interested in joining the meeting please email Peter so he can send you the joining details and a list of the wines to buy. Peter and  Anna are trying to source wines in small bottles as well as normal size so you don’t have to drink a large amount to finish it up!

The committee appreciates that not everyone is familiar with Zoom but Dave and Jenny Roberts have volunteered to help anyone set up Zoom if they wish to join the group. The App can be set up on lap tops or tablets so please contact them if you need help.

Twelve members (and a dog) met in Victoria Park on Tuesday 11 August. We walked along by the Mersey to cross Howley foot bridge. We then followed the path by the river towards Bridgefoot, stopping briefly by Howley lock for a photo. The path took us along side Riverside Retail park, where one of the party popped into Sports Direct but was frustrated at the cash desk, so left empty handed. 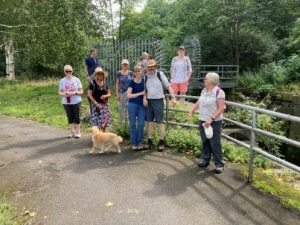 We crossed the bridge and the roads to walk down River Road to Causeway Park. We continued through Causeway Park after crossing Gainsborough road to the Trans Pennine Trail.  Unfortunately, the TPT is closed alongside the ship canal, so we walked along Greenall’s Avenue, admiring the pretty cottage gardens on the way, to the back entrance to Morrisons’ car park.  We crossed the A49 by the swing bridge to the Black Bear Park and followed the course of the old canal back to Victoria Park. It was quite sunny and hot, but fortunately some paths were quite shady. Thank you to Peter and Anna for organizing this walk.

You wouldn’t believe the change in the weather for this walk. Storm Kyle was rumbling around but 18 intrepid walkers gathered in Sow Brook carpark and decided to “go for it”. At 10 am it was torrential rain but by the time we set off at 11am all was well. 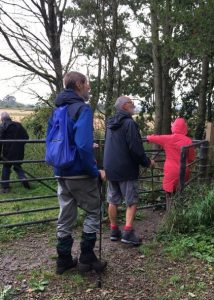 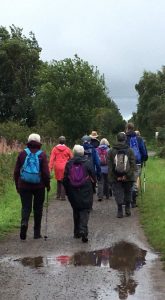 We walked along the Trans Penine Trail towards Heately across the Bollin Bridge and then turned back, through fields, towards Outrington. We crossed the canal and headed up towards Pepper St where we said goodbye Sue, Kath, John and Denis, back through the village to the car park. People saw parts of Lymm they didn’t know existed.

There will be 2 walks in September

1) September 14th We’ll meet at the main car park in Marbury Country park at 11am on Monday the 14th of September.  We’ll walk from there to the Anderton Boat lift – the cafe is doing takeaway refreshments only but hopefully we can at least get a cup of tea.  Then we’ll walk back to Marbury by a different route.

There is a small parking charge at Marbury – come equipped with change for the ticket machine (not sure if it takes cards). Leader Natalia.

If you wish to go on either of these walks please email or phone the organizer in case there are any last minute changes.

Peter and Anna go for  Sunday walks so if you would like to join them either text or email them and they can give you dates, times and venues.

The closing date for this competition has now passed; and the entries were as follows: 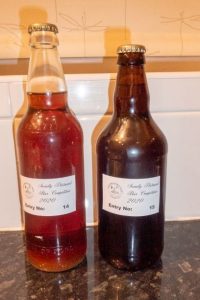 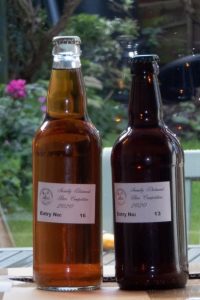 The beers have now been taken to the judge; and given the cobbles on Pepper Street and other highway issues, they will need a few days of settling.  I had hoped to publish the results in this newsletter, but the deadline is a bit earlier than usual.  So, I will email the results out over this coming weekend, and repeat them in next month’s newsletter.

Thank you to Sue for this one.

I have been in many places, but I’ve never been in Cahoots.
Apparently, you can’t go alone. You have to be in Cahoots with someone.

I’ve also never been in Cognito. I hear no one ever recognizes you there.

I have, however, been in Sane. They don’t have an airport; you have to be driven there. I have made several trips there, thanks to my children, friends, family and work.

I would like to go to Conclusions, but you have to jump, and I’m not too much on physical activity anymore.

I have also been in Doubt. That is a sad place to go, and I try not to visit there too often.

I’ve been in Flexible, but only when it was very important to stand firm.

Sometimes I’m in Capable, and I go there more often as I’m getting older.

One of my favourite places to be is in Suspense! It really gets the adrenalin flowing and pumps up the old heart! At my age I need all the stimuli I can get!

I may have been in Continent, but I don’t remember what country it is in. It’s an age thing. They tell me it is very wet and damp there.

A contribution from Julie 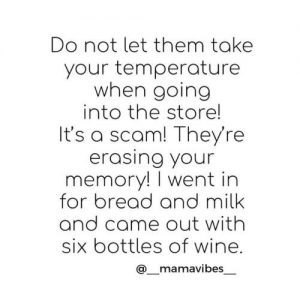 Historical Images of Warrington from Anna

Where were these bridges and what were they called? 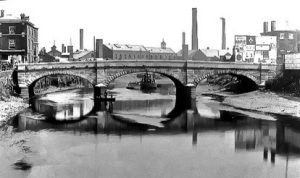 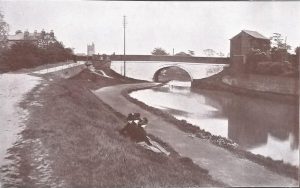 Answers at the end of the newsletter 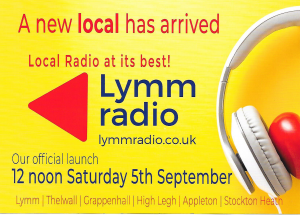 The reason for the names of most vineyards/wineries is fairly easy to discover but for some like Villa Maria there seems to be no information. One of the most prestigious French wines is Château Mouton Rothschild but why is it so called?

Château Mouton Rothschild is a wine estate located in the village of Pauillac in the Médoc region, 50 km north-west of Bordeaux. Originally known as Château Brane-Mouton. in French un mouton means a male sheep. A ram’s head is used as the vineyard emblem, but in fact the name is derived from mothon, a local dialect word which is a corruption of motte or mound. The vineyard’s red wine was renamed by Nathaniel de Rothschild in 1853 to Château Mouton Rothschild. In the 1920s it began the practice of bottling the harvest at the estate itself, rather than shipping the wine to merchants for bottling elsewhere

A message from Jean about the Garrick.

Pleased to say The Garrick are refunding the full cost of all tickets not used following Covid19 lockdown .
I will get the funds into my account in next two weeks and will bank transfer your refund if you are owed anything as soon as I can after I receive it.
No sign of usual productions coming back before spring next year I am afraid maybe not even then.

With nights drawing in and the weather turning colder here are some films or series on TV that you might like to try.

Julie has an old Soda Stream kit to give away. It has glass bottles and a carbon dioxide cylinder. If you are interested please email her.

Answers to historical images of Warrington.

This old coloured photo of 1912 shows work during the construction of the new Mersey Bridge at Bridge Foot that replaced the old three arch Victoria Bridge. 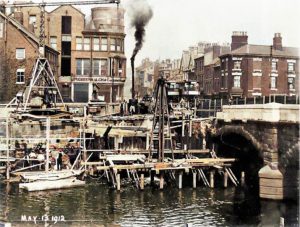 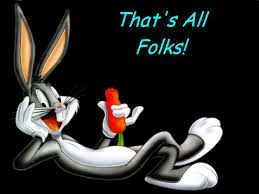